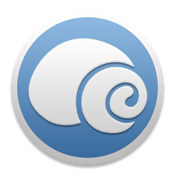 Customer Reviews of the Snailsvn App

Just does not work

After buying this software I am trying to download a SVN repository since several days. Every time the download breaks down I can’t just update and keep going where I left off. I have to checkout again. The repository I am downloading is several GB and therefore the chance that the download is interrupted is pretty high.

So close and yet so far

It’s not a contradiction to say that this app is a dog, while still being the best available Mac equivalent to Windows’ TortoiseSVN. It works, although the setup is a bit headache-y with manually assigning associations to apps & locations that it already claims to know and/or pack with, and unless you know what settings to tweak where/how, the simple pack-in SVN versions will probably be mildly incompatible with the native XCode SVN install, meaning you can’t easily command-line fix things Snail breaks. It integrates with Finder and displays a nice visual iconography of file status, but prepare to wait for half an hour at a time as it grinds through (auto-)refreshes on massive project hierarchies on your big archival project platter drive, taking half your CPUs and most of your system RAM with it (and the rare apparent pagefile-filling memory leak when you’ve tried to do too much between refreshes and thrown the whole working copy status into a tailspin). It makes SVN visual, and thus much more approachable than command-line, but trips over its own feet by not actually offering further refinement of selections when you e.g. click “Add…” and it, rather than honoring the “…” with a followup picker, just adds the entire specified hierarchy whether you want it all or not (with "Committ…”, by contrast, you DO get a followup picker, but it does NOT intelligently preselect modified files, nor does it let you select entire folders by checking the folder itself- you need to manually check every single file, or check “select all” which will select and add/update even unchanged/unmanaged files!). Overall, I do not regret buying this app- I’d much rather use it than the command line, which I suppose is the point- I am just regularly frustrated by its shortcomings and usability oversights.

Useful but missing one critical feature for me

I had been using Cornerstone to check in and manage system config files with our SVN repos. I had been looking for an alternative for a while and came across SnailSVN. I had used TortiseSVN under Windows years ago and it worked fine for what we needed. So far I have been very happy with SnailSVN. It is slow, but I expected that, especially given the size of our repos (lots of small config files). I like the integration with the Finder, it makes it very easy to see status of files (up to date, changed, not added yet), and run Commits and Updates. I would have given it 5 stars but for two issues. One is probably my fault, the other is the way it works. I have not been able to convince it to use my installation of BBEdit for compares (diff). The other issue is that it is NOT maintaining timestamp on checked out files. I rely on the timestamp to know when a config file has changed and whne I need to push a new one out to the server (using Yummy PRO SFTP tool). Unfortunately, all the local copies of the config files are timestamped when I checked them out and not the last time they were modified. Cornerstone was able to maintain modification time, so I know it can be done. I would love to see that as an option in the SnailSVN configuration.

It’s ok. As a former Windows/TortoiseSVN user, the repo setup process is much more tedious for this. Also, it seems to randomly not be able to see repos that have been setup forever (Errors about not being able to get repository info) which is a real headache when you’re trying to get time-sensitive work out the door. The finder icons are often missing as well as the right-click menu options. Often a restart is the only way to resolve the issue.

I wanted to love this

The vision of a tortoise-like SVN client that’s fully integrated into the finder is exactly what I was looking for. And the price is great… if it worked. After installation and following all the troubleshooting tips, the finder badges don’t appear and the options don’t appear in the right-click menu. I’d gladly pay more once they get the kinks ironed out… but it’s not ready to ship just yet.

I bought SnailSVN over a week ago and use it to manage a 500 MB site. I haven’t had any issues that weren’t user related and the app works well. Thanks for making this available!

I loved using TortoiseSVN on PC, being able to see files that have been modified or updated, but could not find anything like that for Mac until now. I have not had issues setting up SVN Properties for externals or ignores. Developer was really responsive to issues I had with an earlier version.

It can be more convenient than the command line, but there are several little issues that make it far from great: - does not work with svn 1.8 working copies - icons and dialog layout taken straight from TortoiseSVN (not a good thing) - no way to edit files in diff view - no graphical merge - no way to specify an external merge/diff tool to address the shortcomings above - reverting some changes seems to fail without using the force checkbox, but doesn’t really tell you why - adding a folder on the commit dialog requires closing and reopening the dialog to see the files inside the folder - no interface for “svn cleanup” - random X and Lock icon overlays hang around in finder after some update actions Overall it feels more like a beta than a version 1.0, hopefully it will get better with time.