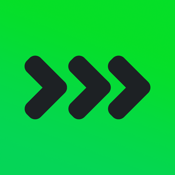 Customer Reviews of the Pyto App

UX needs refinement. A customized dev focused keyboard like other IDEs would help a lot. Overall, good functionality, and great features (Pandas!). Looking forward to seeing where development of this app leads.

Updated Review: When I first used the app, it would not run even the most simple script. A day later, there was an update, so I gave it a second try. I immediately saw the difference. When you first start the app, the interpreter starts up and tells you the version of python installed (the usual), something that did not happen the first time. I was able to run scripts using NumPy and pandas without any issues. The interface could still use some work though, other than that it is a great app. Initial Review: This app cannot even run a simple python script: print(‘does this even work?’), let alone be used with pandas or NumPy. Plus, the GUI is also very, very basic. Don’t waste your money.

Initially encountered error on iPad when I tried to run template programs. Restarting the app fixed the issue and now I am able to see charts etc.