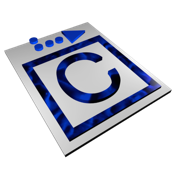 Downloaded for Systems I and II (in C) compiles code, cannot open .c files with it

I just downloaded this for my Systems I and II classes. I am disappointed to see a lack of great programs like this on the market. The $5 was well spent. I do have to copy and paste my C code into their system to compile, but it is not too big of a deal. It is way easier than downloading developer tools for xCode and typing gcc (file extension) -o (new filename) then ./(new file name) on the terminal to see your C code compile.

This is a great little app for prototyping c++ programmes and learning the language functionality.

Where are my executable files?

This App looks promising, It's simple, easy to use, It has a clean output and it has some of the most commonly used C and C++ libraries. But It's useless if I can't produce an executable output file, without an output file this app reduces the power of C and C++ to a mere interpreted language. If I wanted an interpreter I would use something like "Chipmunk BASIC". Unless this App can produce executable files, it is pointless to write and code in it! Over all I think this app has a good potential, and it shouldn't be so limited. Although most commonly used libraries are built into the app, developers must have the abality to add more libraries to it. At the moment producing an executable file is of vital importance which this app lacks, otherwise this app is a five star app.

I try to run a simple C program and the output screen doesn’t display the printf statements. It also says that a program is already running and you can’t stop it.

the array type got some problems :(

the array type got some problems :(

How do you use the FFlush() function

please provide me a full example or two how to type the fflush() function for printf and also scanf.

Level of abstraction doesn’t make up for issues

When I was watching the the actual creator of this program’s tutorial videos on C and C++ on YouTube, I was very excited for this app. It seemed like a good idea for Mac developers who just want a minimal interface or playground for C and C++ programs/games. My expectations weren’t high since this seems to be a solo-developed application; however, I still feel really let down by some of its issues. First, there seems to be a few bugs with intializing SDL. It has something to do with SDL_PollEvents before the window is created. Since the SDL and GL libraries are abstracted away (something I actually wanted though) I can’t say for sure what’s going on there. The window just doesn’t appear. If it helps, I’m using OS X version 10.11.3. Second, the interface is buggy. Sometimes making a typo and calling a function that doesn’t exist will bring up an error on the interface, but I think it still tries to execute the program. Then, after fixing the typo, the interface won’t run the program, saying that you can't run the program while it’s already running. Of course, quitting everything entirely and then re-opening everything will fix that particular problem. But needless to say, it gets very annoying very quickly. Along the same lines, there is no auto-correct, and the new-line spacing is a little weird. Three spaces instead of a tab. Not a huge deal, but moving code around can become very tedious. And there doesn’t seem to be a preferences menu to fix this. Third, the “hints” window is nice. But most people probably don’t want a large pop-up for every reserved keyword (int, return, if, etc.). The same can even be said for SDL or GL calls. Sometimes, it’s nice, but usually not. You CAN turn this off, but unforunately, the pop-ups still come up anyway from time to time, even when it’s disabled. Finally, THIS APPLICATION IS ONLY FOR C! If you want to use C++, you have to pay an additional $3.99. I’m all for helping out the independent developer, but his documentation is virtually non-existant. For example, knowing what headers are available to use is kind of a guessing game, and his YouTube series using this program is in C++, so that doesn’t help either. Also, it seems to be lacking GLUT. You’re better off just using xCode or buying/trying another text editor like Sublime, because of some of these annoyances. The abstraction that this application offers doesn’t make up for its issues. If some of these problems are fixed, I would love to give it another try. It’s very close to being exactly what I want.