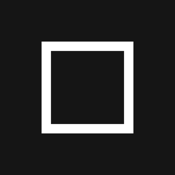 Customer Reviews of the Codesandbox App

Liz A. Schmitt's Review of Codesandbox

But I felt I kinda had to for this app. The dev designed it to perform exactly as it promised...and wow. Very well executed. I can actually program/build react apps on the fly. Props to the developer for making the UI so smooth and akin to a desktop experience.

This is seriously the coolest thing for iPad I have ever seen. I am now going to use my iPad again. So so so so amazing.

The original UI for this application was clever, but in addition to not complying with Apple's guidelines, it also had some strange quirks, such as the inclusion of a yellow "minimize" button in the windows that seemed to cause windows to just disappear without a trace! Weirdly enough, the new UI still has this "mis-feature". I understand why the creators might provide windows of this sort as part of the framework for simulating applications created with play.js, but having the "minimize" button in the app's current setup does not make much sense. A bigger issue, and really the one that takes this down to four stars for me: In the original version of the UI, one could "tile" windows on the screen, so half the screen could contain the code editor while the other half contained the Node.js or React Native reference. Even though I bought this tool for the Node.js features, the coolness of this setup actually motivated me to finally start learning React Native, as well! But now it seems like one can only have a Code Editor window or a Reference window open. Again, I understand that the developers had to change from a windowing system to something closer to a "panes" system in order to avoid running afoul of Apple's UI rules, but at the moment this still feels a bit like a half-done fix. I will continue to play with this tool, and I really look forward to future updates to it. I just hope that the next update is a big step forward so that my next review will be a five-star one!

Impressive — just what I needed!

Wow! Thank you 🙏🏽. This app is exactly what I needed to allow me to conveniently experiment with react native without having to fire up my Mac. The editor and DEV environment are extremely functional and user friendly. The documentation is a pleasant bonus. The two together present a very impressive learning and productivity tool. Wow!!!

Long Walks on the Beach's Review of Codesandbox

Thanks for adding the undo capabilities for iPhone! I got a few more requests if you have time that I'd like to see :) 1) Highlight+tab just erases what's highlighted. Would be cool to indent instead. 2) Would like to see the keyboard have more keys (or make them swipeable for other options). Keys desired: <>/ 3) Autofill for RN components. So typing V would let you select: Also would be cool if it added required props like for Button: typing B allows you to add:

The most amazing JS/React sandbox app I’ve ever used.

Ive used many mobile IDEs ever since iPad Pro first came out and this is the very first Javascript focused IDE that’s as good as Pythonista is for Python. It looks like no other app out there, with a window manager and desktop-like environment. If you have an idea and just want to start coding, opening this app and starting a RN project is faster than running create-react-native-app on Desktop.

What dreams are made of

Unfortunately Apple is too hell bent on making sure they screw over creatives, so we don’t have long to enjoy this!

This app is awesome. It runs buttery smooth and the UI/UX is slick. I will still be doing my serious development on my MacBook Pro, but it’s really nice to have this on my IPad. It’s great for prototyping and getting ideas built on the go. I don’t have any doubts that you could use it for more serious development but the keyboard and lack of mouse makes it more time consuming and tedious. Although, given the form factor of the devices it runs on, this is as good as it gets. Also, haven’t used it too much yet but will be curious if you can install npm modules and do standard JS package management with a package.json file. Update to follow after more time using the app. Props to the developer! Nice work!

I’ve been programming for a while and I have used many IDEs. iOS has always seemed to lack of quality on IDEs, probably because Apple thinks it’s some sort of security issue. So I’ve never really been able to work on projects remotely. That all has changed with Play.JS, I can now work on my projects while on the go with a desktop quality IDE. If you are looking for a quality IDE I HIGHLY recommend Play.JS it is definitely worth your $5!