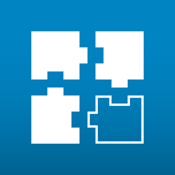 Customer Reviews of the Vworkspace App

Now you are truely Enterprise ready with this create connector. Love the functionality and the response time is great.

Ipad does not work

I love to install the last version in my IPad and surprise there is not support for iOS 6.x when I download vworkspace connector hurry up!!!

Really ? This is your latest release ?

What a joke, crashes every time I launch an application. And YES we have the vWorkspace successfully implemented in our environment. This just reminded me why we are going with XenApp & XenDesktop.

weak in some areas

I like the fast switching between active connections, but if you lock your screen or the screen times out, all active connections are immediately disconnected. Sure you can reconnect and your session is still there, but still, dropping immediately is just stupid. Also, the client doesn't recognize the presence of a bluetooth keyboard like the zaggfolio. You still have to tap the keyboard button, and you still lose half the screen as if the on-screen keyboard was there, even though it isn't. Citrix isn't perfect either, but it's much more usable than this.

Not functioning with new OS from apple. Need update fast!

big improvement over the previous version. everything just works!

This product works great on the iPad. I have used it for about 3 years. I have the most recent model of the iPad and have also used it on the previous models. They made some really nice improvements on the app with the latest update. I have read some if the other reviews on the scrolling issue and not being able to use your finger to drag the screen around. You have to keep in mind that you ARE logging into a Windows environment. So, it's totally logical that you would have to do things differently once your on the virtual desktop. It also depends on the OS on your server. Lastly, I just downloaded and installed the app on my iPhone. I don't see a way to scroll that screen at all, even though Quest says you can. So, at this point, the iPhone version is not usable for me.

Since the manual configuration feature (available on desktop) was removed the app, on both iPad and iPhone, I am unable to access my remote server due to errors encountered using, only available, "automatic" configuration. I've encountered problems similar to this in the past, which were circumvented by manually entering the connection/farm information. Also worth mentioning, the problem is not with the server I am connecting to, as I am able to access it without a problem using vWorkspace on the PC. Basically, this app in its current state, is functionally useless. If the manual configuration feature was re-added in a future update, I would rate the app at 5/5 stars given the convenience of being able to use my iPad/iPhone for remote access, which was experienced with earlier versions.

Finally a company who knows how to create a VDI app for iPad. The competition better wake up !! This is a game changer

Great and love the mouse too

This works great connecting to my desktop and it's the first time I've seen a mouse function in an iPad app which is very helpful on the desktop.

Not Ready for Primetime

Very slow compared to rdp clients like iTap and others. Mouse almost useless. Keyboard is lacking simple things like having to remember to push shift again to stop caps. Locks up more than it is working. The app doesn't even recognize you are in a text field and present the keyboard. You can publish apps as well but the are slow and lockup as well. Quest should have held off before releasing this.

Fantastic product but the new iPad version isn't usable. You added great features and now they're gone in this version. Where is the capability to setup manually if you want to? Where are the settings for direct RDP support? Been using this product from its inception and love it but this clients functionality? Not so much...

I understand this works with iPad 2, but I just bought the most recent version of iPad and there's nothing but trouble. It opens beautifully, but navigating email and folders is a nightmare. You can't scroll with your hand or move the scroll bar with your hand. The mouse option lets you navigate the scroll bars part of the time, but not always. Looking for documents in a folder is the same thing. I was excited about working off my desktop on the iPad, but it's almost impossible. Needs a lot of work. Right now not worthy.

Downloaded the app, added my vWorkspace Farm and there you are Windows Desktop on my iPad. The performance is excellent and the floating mouse inspired. ! And of course the best feature ... ITS FREE !