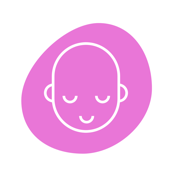 Customer Reviews of the Public Speaking With Aj App

Right Time for this App

The release of this app came at a good time for me. Last Friday I had to teach an audition lesson for a job I am applying for. I downloaded the app on Wednesday and used it twice before Friday. Usually they say you should use these apps daily for 3 weeks, but since I've been using Andrew Johnson's apps for several months now, I was able to benefit immediately. I was already well practiced in the self-hypnosis techniques and I had already developed a familiarity with, and trust in, Andrew Johnson's voice. The audition lesson went well. I think it would have been OK anyway, but I could tell that I was more relaxed, confident and optimistic from having used the app. Some of the concrete directions from the app, such as making eye contact, breathing out and relaxing, etc., came to my mind before and during the audition. Since I am already familiar with other Andrew Johnson apps, such as Deep Sleep, Relax and others, I was pleased to find some new techniques being tried in this one. For example, I appreciated that the directions to relax muscles happened twice during the session, rather than only once at the beginning as in the other apps. That felt particularly good and right.

Please create one for SELF-DISCIPLINE & PROCRASTINATION!!!!

Discovered the Andrew Johnson apps a few weeks ago. Never tried anything like this before, but I love them! Deep Sleep works like a charm, and Public Speaking was helpful the day of a big presentation. I'd LOVE to see one aimed at increasing self-discipline and overcoming procrastination. I'm a writer who struggles to maintain a daily writing practice and I'd be curious to see if one of these recordings might help with facing the blank page and accomplishing my word count without being defeated by procrastination and its evil twin, perfectionism. Please consider it? I'll bet there are many others who'd be interested as well! Thanks........

I have seen very positive results. Could you make an app for stuttering.

This is a pretty decent app but it's kind of pricey. It would be well worth the money if it addressed more issues and solutions related to public speaking. The app is more focused on getting you to relax, which if fine, but you also wanted to get over your fear of public speaking. After all that's you sought after the app and bought it in the first place. Like I said it's a good app, but the price is questionable for what you receive within in app. Just don't expect an end all solution with this app...

Impressed of New York's Review of Public Speaking With Aj

Gives exactly the right encouragement and confidence. I tried it for two weeks before presenting at an international conference and my performance was totally different to past experience. I enjoyed it and have never had such good feedback. Even got offered *** after!

It really help me over come public speaking and also with performing thank you!!!

I am a public speech teacher and I am very impress with this app. The first thing I noticed is that I am more connected in what I teach and with my audience. Another thing I speak more clearly and directly with confidence. I also feel more clear and relax before speaking in front of hundreds of people. I've been speaking for more than fifteen years and I've already more improvements after a month. It is not an app that fixes but improve you as a person. Just try this with an open and willing mind. Thx!

I have quite a few of Andrews apps and like all the others this one is very good. I gave another public speaking fear app and they are both helpful but Andrews is much better. His voice just puts me at ease. Thank you mr Johnson.