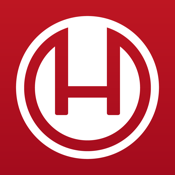 (Come on, someone had to say it.) Hindenburg Field Recorder is what I would consider a perfect app---IF you need what's known in the industry as a "field recorder." See? It's right there in the title of the app: Hindenburg FIELD RECORDER. If you don't know what that is, or if you're trying to edit your latest dubstep download from Pirate Bay (or wherever these young whippersnappers are downloading their sick beats from), then . . . move along. Nothing to see here. But if you're in need of a kick-a** way to record flawless audio in a streamlined manner with an awesome U/I, and the ability to edit the audio ex post facto (that means "after the fact," by the way), and you have the need for crossfades and all sorts of nifty cool stuff like compression and limiting, then you will not find a better app. Ever heard the expression: You get what yo pay for? Some say the expression is merely a cliché, but it's a cliché because it's frickin' true in 90%+ cases. Hindenburg Field Recorder costs $30 because no other audio recording app can touch what it does. Don't believe me? Download the free version first and check it out. Originally, I downloaded the free version, and within 5 minutes of using it I shelled out $30 for the paid version; I was *that* impressed with it. That's just my opinion, but I'm sticking to it. Now buy the app before the zeppelin explodes!

I have used this Hindenberg iOS app for many years. It is excellent and works very well for audio recording and editing. I highly recommend it.

I can't believe it's taken this long for there to be an audio app that gives you this much control. I first downloaded the free beta desktop companion app and it was very intuitive and stable. Decided to give the iphone app a whirl and am thrilled to finally have this level of audio recording control and editing in my pocket! I was looking for something to use for editing interviews for audio blogging while on the road, and I think I've finally found it. Thanks!

It's worth the price!

I recorded 30 minutes of an important interview and I went to play it back, there was no audio. I'm using an iPhone 5 if it matters. Then I tried to record anything and it doesn't record it! Do not purchase!!

This field recorder is an amazing app. I wish we had an updated iOS7 version (why 4 stars and not 5). I hope the developers are considering updating this great app.

Hindenburg Mobile is an awesome app! It's like having an editing deck in your phone. I've been a recording engineer / Producer since the 70s and this is one of the coolest things I've used to create audio product. Combine that with the fact that the developer is super responsive to customer questions makes this an incredible app for those who depend and getting the audio right for a living! From communicating with the Dev. I get the feeling that there not just stopping with v1 and that the desktop app is also evolving. I have over 250 apps stored in my itunes folder and this is the first one I was so impressed with I decided to give this review.

This is my favorite iphone app.

The way an app should be done. Suggestions: 1. 'undo' or 'previous marker' without leaving the recorder (erase or to record over last) -saves time. 2. line in level adjustability.

The best by far.

This is by all measures a stunning piece of software and by far the best recording application in the App Store. It has a clean interface, remarkably easy to use and yet it allows complex and perfectly accurate audio editing. As a radio journalist, it gives me everything I need, from AAC audio compression to WAV perfection, from FTP uploading to audio file attachment emailing, from location tracking to real time monitoring, from sound bite selection to audio scrubbing. Most importantly, I’ve been using it for weeks on the field and it has never crashed on me. If you are serious about recording, get a good external microphone and buy this application. There is no going back to a portable recorder. My Sony PCM-M10 has been in the drawer for weeks now.

The recording quality is as good as good as many high res single function field recorders. The auto record volume works better than all I've tested - even in the wind or noisy environments.

I am enjoying Hindenburg on the iPhone 6 Plus with iOS 9. Flawless operation. The editing functions require reading the manual, but once you get the hang of it, no other app that I have encountered can compare with the flexibility of non destructive edits.

This is an ideal field recorder

This is an ideal field recorder. Foolproof recording, and surprisingly robust editing functionality. Direct integration with the desktop app make this a no-brainer. I wish all apps had this great functional design and power.

I have to say this is a terrific app. I am very happy now because the developer addressed the few issues I had and they were very good in following up with me. I love the superb recording quality, the easy compression setting and the intuitive editing. If you are thinking of buying, just go ahead. You will be glad you did. Thanks Hindenburg!