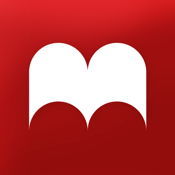 Keep going ur app is the best 👍🏻❤️ my favorite app

Why do all the good comics cost money, couldnt you have stated that in the description smh

A literal back to the future quest

Madefire Motion books have brought me back to the amazing world I grew up in, that of course being comic books. An avid reader and one-time collector since the 70s (also a fledgling comic artist, I’m jumping into the genre with an inherent vigor unfelt since before leaving krypton! Keep up the great work guys. Bring comics back for life!

The only thing of it's kind

I saw one movie in the early 2000's about a girl that traveled to outer space and it used this technique - semi-animated stills. I really liked it. It's a nice blend of reading and watching, but at the time nothing else like it existed. It was an anomaly - then years later, along comes this app, and to my surprise, it was totally based on that concept I liked. Anyways not for everyone, but if you like comics, you'll probably enjoy it.

My kind a store

Has everything I’ve been looking for!is easy to navigate and has a h*** of a selection!! Love this app!😍

There's something for everyone, and the app is very intuitive.

Lots of Genres. HD quality. Nice twist on a favorite pastime. “A must have for comic lovers”.

It vividly makes comic into animation!

I can't read my Spider-Man comics they in Spanish

I read on an iPad mini and this app worked fine and I loved it. Now for some reason it keeps crashing when I try to read a comic!

Best Comic Reader out there!

Nothing more or day except that you can literally get hooked on this app all day! 👍🏽

I wasn't sold on the idea of motion books until I experienced the first volume of the free Overwatch motion book. It was quite well done. The app is a little clunky to navigate and doesn't offer enough methods of sorting your books or searching the store. Be careful to remember to turn your sound down a bit when you open a motion book it can be a bit loud, especially if wearing headphones.

Personally, i love madefire. my experience with the staff was amazing, they were super sweet and listened to my concerns and suggestions. the books are great and they're all in one nice little place with cool features like music and all that good stuff. but there are some glitches... the offline mode sometimes takes a while to boot up but i've always had great experiences with it. i'd totally recommend this app.

I just love it! I really wish all this motion comics would be made into a live action that would be great. Kudos to the developers of this app! ^_^

But it could use more free comic books though. And I love the graphics, the music, the way you can move the characters great job guys keep up the good work number #1 comic book app keep working on it

This is the best app out of all the book apps on the App Store.

Takes comics to the next level

It's---thrilling--- to see the new possibilities and ideas taking off in this medium. From slower paced, moody atmospheric narratives to gut-wrenching, visceral action sequences that will rock your braincase. The variety of expression possible with such an accessible, easy-to-use app is unprecedented... and the artists are taking full advantage. So far there the selection of motion comics (and traditional) puts forth a generous array of genres and styles, there is a seat for -every- butt. Most series include the first episode complimentary so you can try before you buy.

I can't get any audio to work in this app.

The only way to do comics!

Why isnt this standard? Amazing...a lot better than just going through pages.

Read the Valiant. Sound is great and really complements the read!

I didn't know I needed this until now. Every comic feels like walking through Disney world. They do an excellent job at turning comics into cinematic experiences.

This $h*t is awesome!

Madefire has built a really functional and well designed app that lets the user dive directly into the world of comics. In app purchases means there's little hassle in buying books and there's a very extensive library of free books to jump into including a range of their signature motion books. The regular comic reading experience is great, the motion books are even better. The potential for motion books is vast in today's age of interactivity-oriented youth. Madefire is definitely the future of comics.

It's a good game, I just think it needs more free comics but other than that it's good.

I love this app and his has great books but sometimes it’s a little confusing to use. If you get this and you like horror then read “Milk for the Uglies” it’s FREE. It’s really good. If you like comics then this is perfect for you!

Troublesome at times to download, but the selections and the freebies do make up for it.

I have a substantial collection in the cloud, and sometimes it takes so, - so long to download my choice. Other than that, it’s a cool, little app with moving graphic movers.with great selections and freebies. The prices for the pay comics are reasonable, , so the only complaint is the slow download times.

i’ve been using this app for a couple days now and i have zero complaints. runs smooth and loads fast. tons of free content. five stars to MadeFire! get it ASAP.

Although I am an old-school comic book guy. This is app can help me transition into.... "The Future". The reason being, (one of them at least) is, this app can help me discover NeW comic books. Comics I would have never had the opportunity to read, because most comic shops could never stock & display all the material these days. Discover new artist, writer's, heros, etc. It's cool on a phone, but it'd be great on a tablet. 🤓👍🏻

Do we need to pay

From iPhone to iPad to tv, these (action) comics great on ANY screen! So glad the collection has been expanding over the years!

I love this App, it’s a great way to enjoy comics.

I've tried many, many comic book-related apps, jumping from one into the other restlessly. I've found this one watching a video on YouTube that showed the Overwatch motion books, and gave it a try immediately. It's been nearly 2 years and Madefire is still my go-to app for reading comics digitally, even for the ones that don't have a motion feature. I can't recommend it enough. The zooming is seamless, the transition between one panel and the next feels so natural, and I've never really had to squint reading any panels from my tiny phone screen. The developers did a good job welcoming newcomers to this app, as it never felt overwhelming to navigate through it. It's one of my favourite overall apps, not just comics-wise. Hope you can give it a try, too.

Keeps putting series I don’t know and have no interest in reading in “my books”. Doesn’t sync between devices accurately. Lacks many settings that would prove useful.